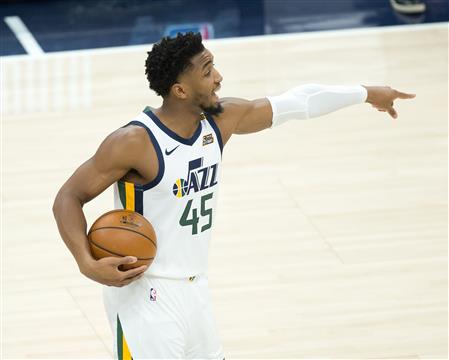 The Utah Jazz have a number of viable reasons for exploring a Donovan Mitchell trade. Even when they had Rudy Gobert, they'd proven on several occasions that they were not capable of winning a championship. Without him, they had no obvious way of rebuilding a contender before Mitchell's 2025 free agency. Outside free agents rarely want to come to Utah. Even if they did, the Jazz had no cap flexibility this offseason. Their only viable path forward is through the draft. Trading Mitchell would net a boat load of picks.

The dream scenario with any draft pick is to land a player like Mitchell. That is what detractors of a possible Mitchell trade would say. Why trade him for players that might never be as good? Andy Larsen of the Salt Lake Tribune offered one explanation: the entire NBA seems to believe Mitchell is on his way out the door. Larsen reports that "the overwhelming feeling among league insiders is that Mitchell is likely to sign outside of Utah at the first available opportunity in 2025," and that his preference would be to play in a bigger market.