The last team to repeat as Super Bowl champions was the New England Patriots in 2003-2004. It’s an incredibly difficult feat to achieve, and it’s only been done eight times before.

The Rams have a chance to go back-to-back as world champions this season after keeping the core of their team intact with Matthew Stafford, Cooper Kupp, Aaron Donald and Jalen Ramsey. The additions of Allen Robinson and Bobby Wagner will help, too.

FOX Sports’ Colin Cowherd really likes the Rams to come out of a weaker NFC and make a run at the Super Bowl again. In a recent segment where he shared his five bold predictions for the 2022 season, he said the Rams will repeat as the champs.

“I think the Rams are gonna repeat. I know it hasn’t happened since 2003-2004. A lot of things to remember: Seattle’s now tanking, Arizona’s been noisy, and we don’t know if Trey Lance can play,” Cowherd said. “The division is not as tough as it was. They’re gonna get more layup wins.”

Cowherd also points to the fact that the Rams didn’t have Cam Akers last year, so he believes the running game behind Matthew Stafford will be better. And the additions of Robinson and Wagner are viewed as upgrades at wide receiver and linebacker.

“And let’s just be honest: The NFC is not as good, nor as deep,” he continued. “Green Bay’s not as good. Mike Evans got hurt today. If Tampa and (Tom) Brady’s last year is not quite as dynamic, and I don’t think they will be, who’s in their way? Dallas? San Francisco? Noisy Arizona? Philadelphia?”

Getting through the NFC is one thing, and difficult as it is, but taking down the premier AFC team in the Super Bowl – be it the Chiefs, Broncos, Bills, Bengals, Chargers or Ravens – will be a real challenge. And the Rams’ schedule is no cakewalk, so they have their work cut out for them. 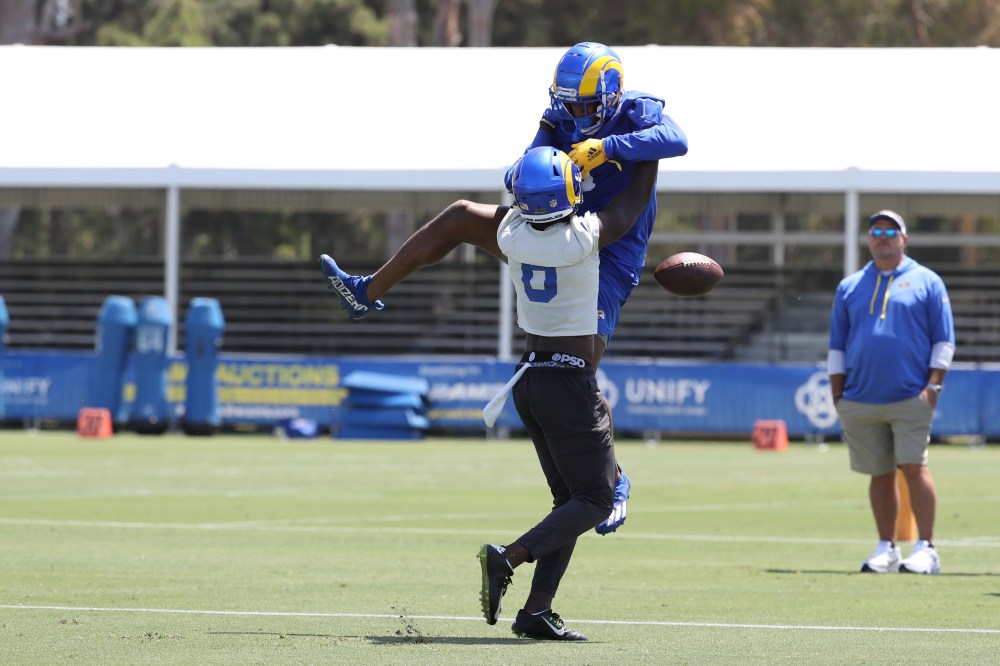