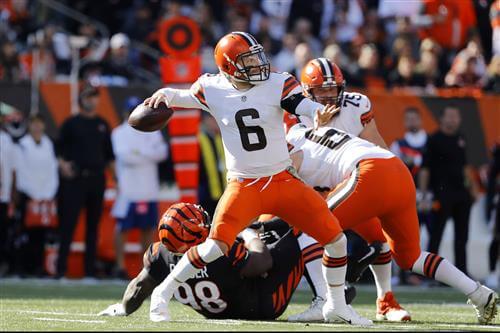 The Carolina Panthers are still viewed as the most logical suitor for Baker Mayfield, but they have not been able to find middle ground in trade discussions with the Cleveland Browns. It sounds like there is one issue standing in the way of a deal — money.

Mayfield is owed $18.9 million in the final year of his rookie contract. No team wants to pay that, especially knowing that the Browns have Deshaun Watson now. Albert Breer of Sports Illustrated said during a recent appearance on “The Rich Eisen Show” that Cleveland is willing to eat about half of Mayfield’s salary.