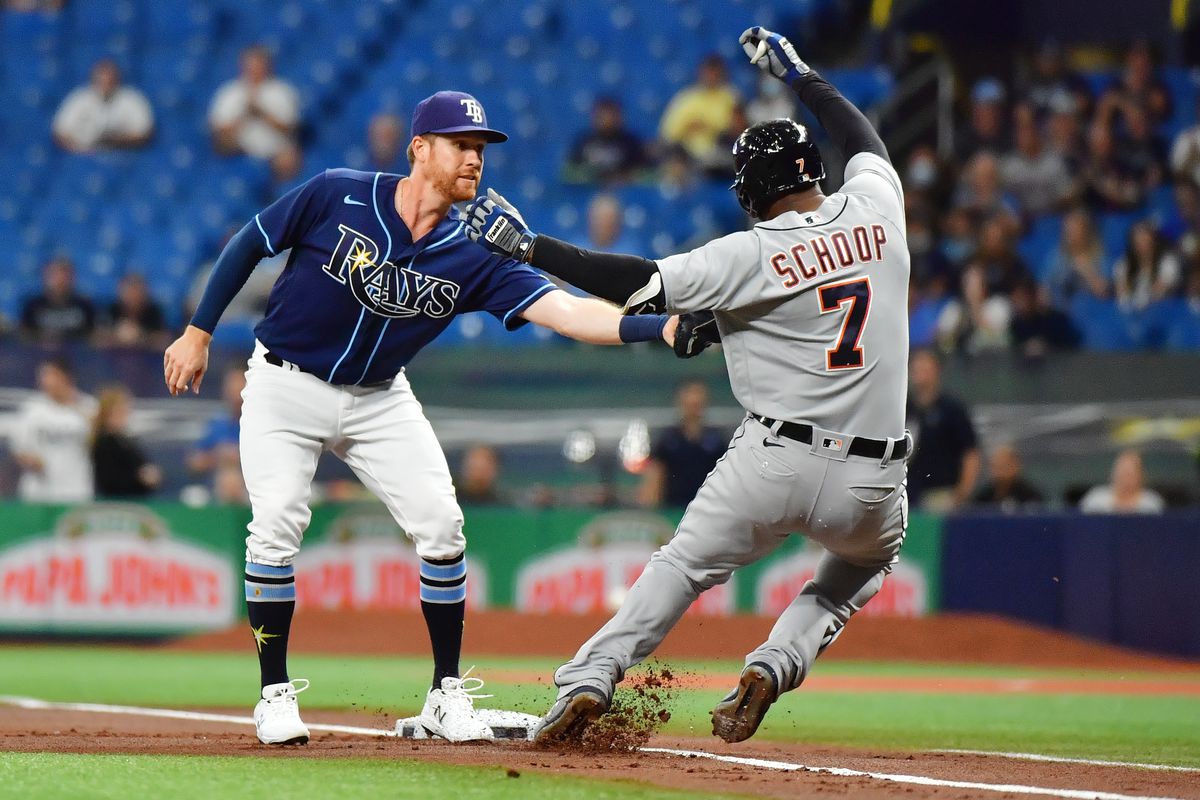 The Detroit Tigers and the Tampa Bay Rays meet in MLB action from Tropicana Field on Monday evening.

The Detroit Tigers will look to build on their series sweep of the Orioles following a 5-1 win over Baltimore last time out. Austin Meadows has 27 hits as well as 11 RBIs and a .267 batting average while Spencer Torkelson has a team-high 3 home runs and 9 RBIs so far this season. Jeimer Candelario has 6 doubles while Javier Baez has 6 doubles and 11 RBIs of his own and Miguel Cabrera has 33 hits with 3 home runs of his own and 5 doubles as well as a .297 batting average on the year. Alex Faedo will start this one and is 0-1 wit a 3.60 ERA and 8 strikeouts this season.

The Tampa Bay Rays will try to build on their series win over Toronto with a 3-0 win over Toronto last time out. Wander Franco leads the Rays with 39 hits along with 4 home runs and 15 RBIs as well as a .285 batting average while Franco has 9 doubles and Randy Arozarena has30 hits and a team-high 10 doubles and Brandon Lowe has a pair of triples. Manuel Margot has a team-high 21 RBIs and a .348 batting average of his own and the aforementioned Lowe also has a team-high 5 home runs this season. Corey Kluber will get the start in this one and is 1-2 with a 4.55 ERA and 27 strikeouts this season.

I get the reasoning for backing either side in this game as the Tigers are bringing a fair bit of plus money to the table while Tampa Bay is the better team. That being said, the Rays have the far more reliable starter going to the bump here in Kluber and the Rays have done well as of late while the Tigers have struggled against righties. Give me the Rays -1.5 here.