One ongoing storyline for the Los Angeles Rams this offseason has been their public flirtation with free agent Odell Beckham Jr., who’s still available two months after hitting the market. Sean McVay and Les Snead clearly want him back, and Beckham wants to return, but the wideout has indicated the Rams’ offers aren’t on par with what he’s seeking.

That doesn’t mean one side won’t budge eventually, but there’s absolutely no doubt that there’s mutual interest between Beckham and the Rams.

Most recently, McVay said on The Rich Eisen Show that he really wants Beckham back in Los Angeles, and that’s the team’s goal. He added that the Rams are “continuing to work toward a solution of him re-signing,” which could mean negotiations are still taking place.

“Oh, of course. I really want Odell back on our team,” McVay said. “He’s a guy that in a short amount of time, we were able to develop a really special relationship. I thought he brought a great spark to our team. I thought he played really well. He’s a great teammate. We all know what a charisma and a presence that he has. He is truly a great teammate, made so many impactful plays. It was a shame to see him go down in that game but man, he sure still made an impact with those two catches that he did have. Without a doubt, want to get Odell back here. That’s the goal and continuing to work toward a solution of him re-signing with the Rams.”

Beckham caught two passes for 52 yards and a touchdown in the first half of the Super Bowl before tearing his ACL, which required offseason surgery. He’s likely to miss about half the season, which is a big reason for his availability into mid-May.

The Rams still have room for him despite signing Allen Robinson in free agency and having the 2021 triple crown winner, Cooper Kupp. A trio of those three would rival any in the NFL. 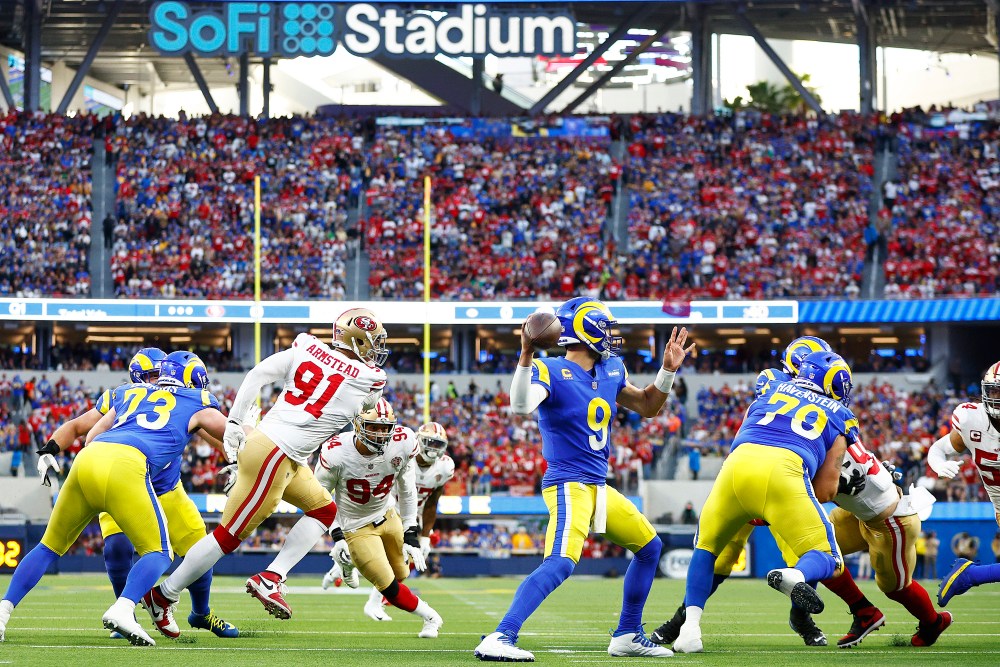