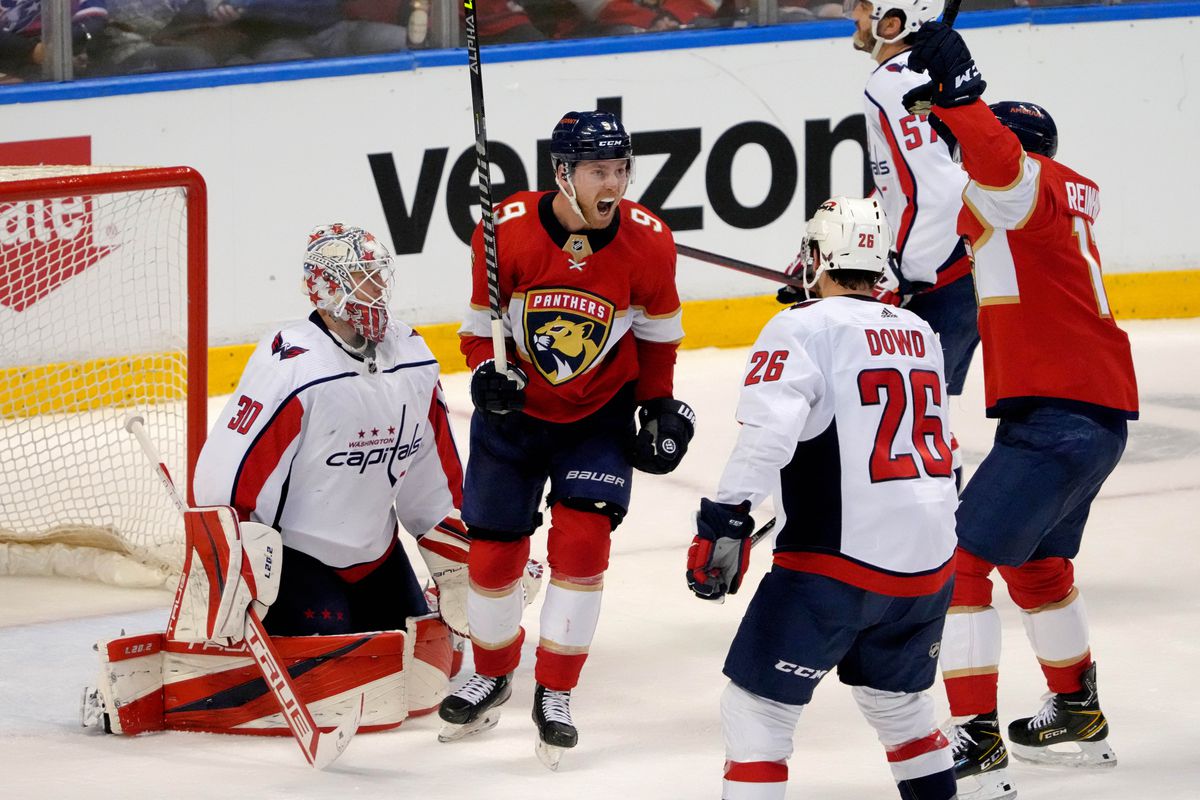 The Florida Panthers and the Washington Capitals meet in game six of their best-of-seven NHL playoff series from Capital One Arena on Friday night.

The Florida Panthers will look to close out the series after taking a 3-2 series lead with a 5-3 win over the Caps last time out. Carter Verhaeghe has a team-high 10 points with 5 goals and 5 assists while Aleksander Barkov has 5 points with 4 assists. Claude Giroux and Aaron Ekblad each have 4 points with Giroux logging a pair of goals and a pair of assists while Ekblad has 3 assists. Sergei Bobrovsky’s gone 3-2 with a .902 save percentage and a 2.78 GAA this postseason.

The Washington Capitals will try to force a game seven after their loss to the Panthers last time out. T.J. Oshie and Alex Ovechkin each have 6 points with Oshie logging 5 goals while Ovechkin having 5 assists. John Carlson and Nicklas Backstrom each have 5 points with 4 assists while Evgeny Kuznetsov has 4 points with a pair of goals and a pair of assists. Ilya Samsonov has gone 1-2 with a .923 save percentage and a 2.68 GAA while Vitek Vanecek has gone 1-1 with an .863 save percentage and a 4.21 GAA this postseason.

I get how you could look Washington’s way here as the Caps have a solid roster and anytime you get a team with a player like Alex Ovechkin with their backs against the wall, you have to take notice as no team wants to go down without a fight. That being said, Florida has all of the momentum right now after taking rallying in game five and I think that while the Capitals had a valiant effort, it’s Florida’s game to lose. Give me Florida.