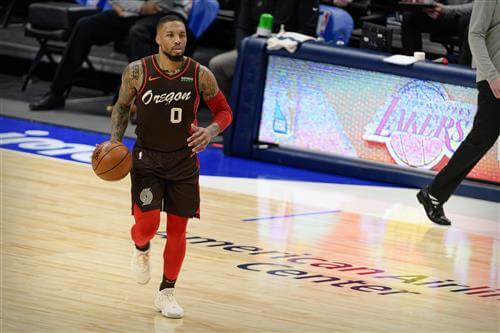 Poor results are expected when one of the best players in the league is unable to get on the floor. It is also coincidental timing after CJ McCollum was traded and rumors began about Lillard. Coming off of a year where he played just 29 games, the Portland Trail Blazers fell near the bottom of the Western Conference.

McCollum was sent to the New Orleans Pelicans at the trade deadline. Once this happens, rumors intensify surrounding Lillard, but nothing has happened. It is unknown if the point guard intends to request a trade. If this does not occur, the Blazers will decide to make a deal on the road and take advantage of the significant return.

The Boston Celtics have been looking to improve the point guard position for quite some time now. The Kemba Walker experiment did not work, and now Marcus Smart is at the top of the offense. The Defensive Player of the Year would be better suited coming off the bench with Lillard taking over.

Boston has its sights set on a championship after sweeping the Brooklyn Nets in the first round. This does not mean that Brad Stevens and the front office are not thinking about a potential move this offseason. The Celtics could be looking to make another block buster to improve the team and build yet another dynasty.

Let’s look at a hypothetical trade that would land Damian Lillard with the Boston Celtics — ending his tenure with the Portland Trail Blazers.