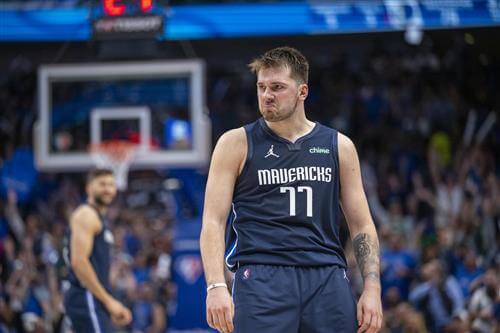 The annals of NBA champions tell the story of mostly multistar squads.

While rostering multiple stars guarantees nothing—as the Los Angeles Lakers and Brooklyn Nets learned this season—failing to do so almost guarantees you'll be watching someone else's championship celebration from afar.

For teams fortunate enough to already have a superstar in the fold, the good news is the heaviest lifting is already done. Still, acquiring the right sidekick can be tricky, so we're here to land a helping hand by offering up a quartet of offseason trade ideas to pair stalled superstars with the right co-star.

3 Ways How The Miami Heat Can Land LeBron James

After seemingly plateauing with a third first-round exit in four years, the Jazz loom as the league's likeliest plug-puller this summer. Even if they don't go into total demolition mode, substantial change feels imminent.

It feels almost certain one of Rudy Gobert or Donovan Mitchell goes—if not both—though the former is a likelier candidate since he is older and limited on the offensive end.

If the Jazz put Gobert up for grabs, the Mavericks will have "significant interest," Tim MacMahon said on The Lowe Post Podcast (h/t Kevin Gray Jr.). The interest is well founded.

Luka Doncic is a savant-level creator out of pick-and-rolls, and Gobert, the league's leader in field-goal percentage in three of the past four seasons, is one of the best screen-and-rollers in the business.

At the other end, the three-time Defensive Player of the Year could anchor a defense already trending up under head coach Jason Kidd. That Dallas could do this deal without losing Dorian Finney-Smith or Maxi Kleber would only send the defensive ceiling higher.

Of course, as a concession for keeping some of their key pieces, the Mavs have to take back 34-year-old Mike Conley, who showed his age in the playoffs and is owed at least $37 million over the next two seasons (partial guarantee for 2023-24).