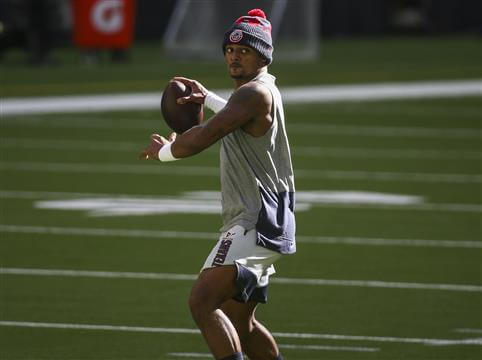 The Miami Dolphins were among the teams to make a coaching change on Monday, firing Brian Flores after three seasons. Miami’s coaching search will obviously have a huge impact on the direction the organization takes going forward, but the decision to fire Flores might already have signaled the direction they’re headed.

In an appearance on “The Pat McAfee Show” Monday, NFL Network’s Ian Rapoport outlined the power struggle that had taken place within the organization over quarterback Tua Tagovailoa’s future. Flores was a known admirer of Houston Texans quarterback Deshaun Watson, and Watson wanted to go to Miami to play for Flores. General manager Chris Grier, however, had drafted Tagovailoa and was invested in the current quarterback’s success. Owner Stephen Ross also seemed to side with Tagovailoa, as he refused to approve a trade for Watson after the Texans quarterback failed to settle his legal issues.