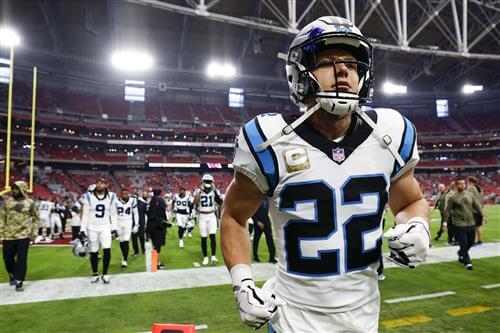 The Carolina Panthers will reportedly be willing to "listen to offers" on a potential blockbuster trade involving running back Christian McCaffrey during the 2022 NFL offseason.

Joseph Person of The Athletic reported the news Friday, but noted it's "hard to imagine" the Panthers would be offered fair-market value given McCaffrey's recent injury history and the $44 million remaining on his four-year contract.

Carolina selected the Stanford product with the No. 8 pick in the 2017 draft, and he was one of the NFL's most dynamic playmakers across his first three pro seasons. His 5,443 yards from scrimmage from 2017 through 2019 led the league, and he scored 39 total touchdowns over that span.

He's played just 10 games since signing the contract in April 2020 that made him the highest-paid running back in NFL history, though.