Indianapolis Colts running back Jonathan Taylor has entered the MVP conversation as he continues to dominate the NFL and over the majority of the season, his workload has increased greatly.

During the first nine games of the season, Taylor averaged 15.6 carries and 2.3 receptions per game. Those are solid numbers but far from the bellcow workload we expected. That has completely shifted over the course of the last two months.

Over the last five games, Taylor is averaging 26 carries and 2.6 receptions per game. That’s the kind of workload Derrick Henry sees. Even so, head coach Frank Reich doesn’t see any cause for concern when it comes to Taylor’s physical health.

“I don’t have any concern. We’re constantly talking to him, gauging where he’s at. The ebb and flow of the season I think takes care of it a little bit,” Reich told reporters Tuesday. “Obviously, we’re going to continue to feed him the ball, but it’s not always going to be like it has been the last couple of weeks.”

There is something to be said about the last sentence of Reich’s quote. The Colts have been winning. They are 7-2 in their last nine games. When that happens, running backs are going to see a higher workload. That is especially true when you have the talent that Taylor has.

It’s clear the Colts want to run the ball. There is no denying that, and there is proof that it works for their offense.

According to Sharp Football Stats, the Colts have the second-highest run rate in neutral game scripts across the NFL. We can tell what teams prefer to do in this lens because a neutral game script doesn’t force a team to run or pass more.

But as Reich admitted, the game script won’t always call for Taylor seeing 25-plus carries, a number he has hit in three of the past four games.

“There are going to be games where we throw it a little bit more, or give it to Nyheim (Hines) a little bit or Deon (Jackson) or whatever the case may be,” Reich said. “But at the same time, right now – even when we were running back by committee before he was here, we kind of go with the hot hand. It’s hard to argue with the production.”

It also helps that Taylor is extremely knowledgeable about keeping his body healthy and the fact that he’s physically built different goes a long way into handling a big workload.

“Physically, he’s such a specimen, he takes great care of himself,” Reich said. “At this point, he’s showing no wear and tear.”

The Colts wouldn’t be in this playoff race without the work of Taylor and the entire run game so it’s going to be hard to limit his carries as they fight for a playoff spot.

But Reich is expressing no concern over the increased workload Taylor has seen over the past two months.

Colts vs. Cardinals: 5 things to watch in Week 16 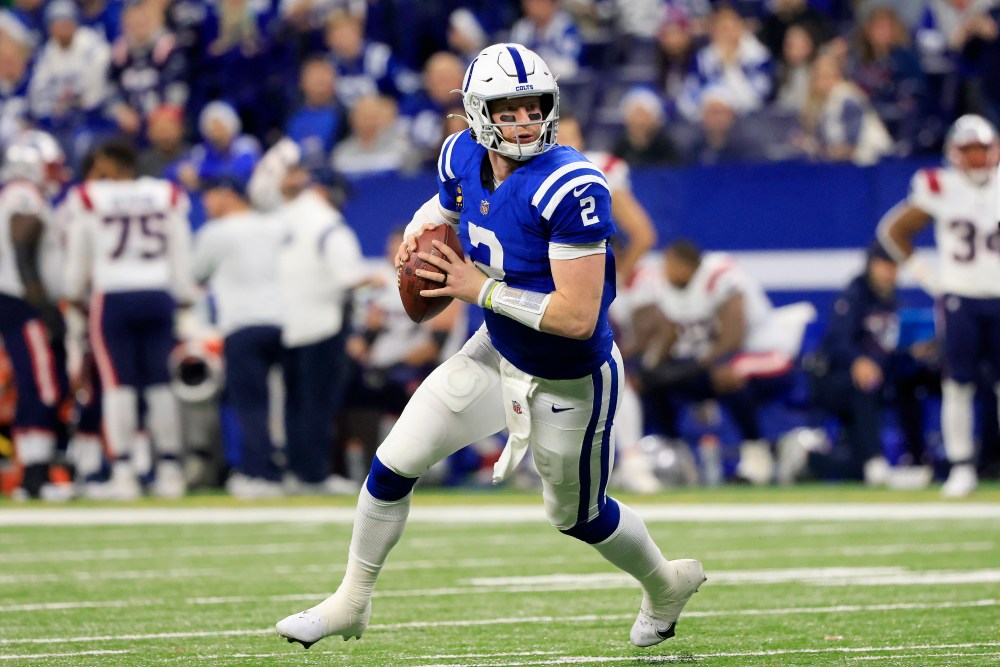