Kansas City Chiefs TE Travis Kelce is earning some recognition for his electrifying performance in Week 16 on “Thursday Night Football.” In doing so, he also managed to make franchise history.

Kelce has been named the AFC Offensive Player of the Week for Week 16. It’s the first time in his career that he has earned this award, which is hard to believe given he’s going on his seventh consecutive Pro Bowl selection and his sixth consecutive 1000-yard receiving season. It’s also hard to believe that this is the first time any Chiefs tight end has earned AFC Offensive Player of the Week.

The position group has seldom been recognized in the NFL’s weekly honors. This was actually the first time that a tight end has won the award for the AFC since Rob Gronkowski did so in Week 15 of the 2017 NFL season. Kelce’s performance was certainly deserving of this recognition, though.

Facing the Los Angeles Chargers in a pivotal AFC West matchup, Kelce recorded a whopping 10 receptions for a career-high 191 receiving yards and two touchdowns. It marked a league-high in receiving yards by a tight end in a single game this season. His overtime score helped the Chiefs to a 34-28 victory over the Chargers, catapulting his team to a two-game lead over the division.

This performance was also Kelce’s third game of his career with at least 150 yards and a touchdown reception. That’s good for the second-most such games all-time by a tight end in NFL history.

It also wouldn’t be right if we didn’t mention Kelce’s alma mater, whom he’s been vigorously rooting for ahead of the college football playoffs. Kelce is the first former Cincinnati Bearcat to win the AFC Offensive Player of the Week since the 1990 season. Maybe it’s a sign that they’ll be able to best Alabama in the Cotton Bowl?

Here are Chiefs’ position groups most affected by COVID-19 outbreak 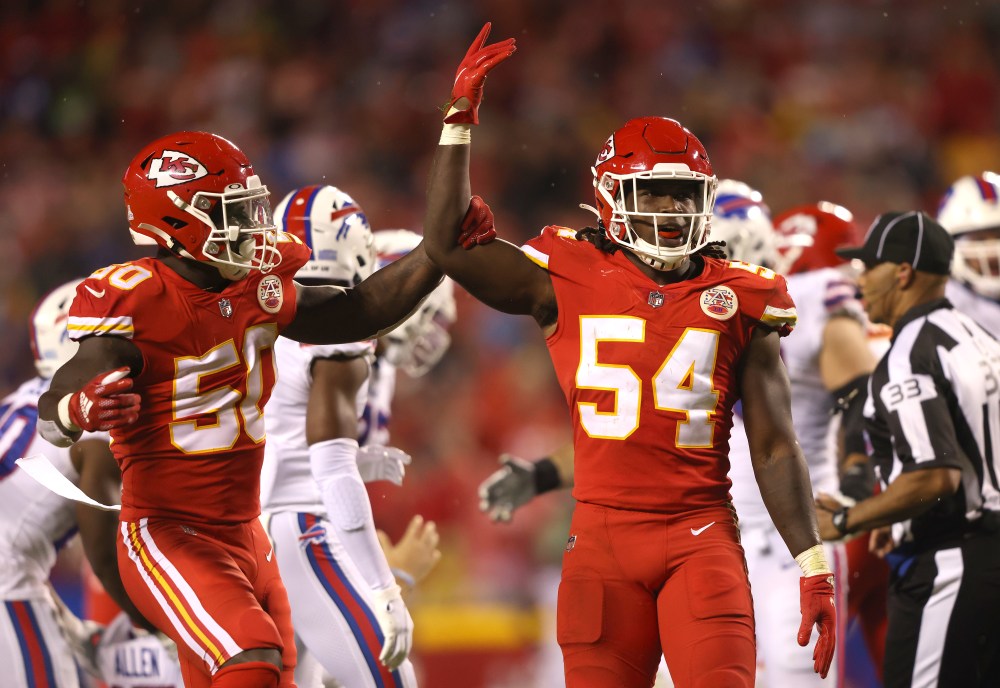