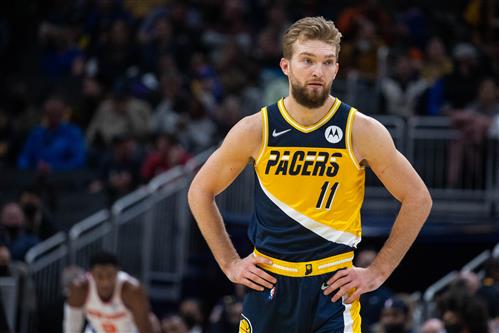 A lot has happened for the New York Knicks over the last year or so, as they went from being nothing to being the 4-seed in the Eastern Conference, but are now once again struggling to remain relevant in the NBA.

Following their miraculous run to the playoffs last season, their first playoff appearance since 2013, the Knicks began the 2021-22 NBA season 5-1 and it looked like they were on their way to cementing themselves as real threats in the Eastern Conference.

3 players Sixers must avoid in a Ben Simmons trade

Well, the Knicks are just 2-7 in the month of December and are now just 13-17 overall on the season, 12th in the Eastern Conference. Defense was the name of the game for New York last season, as they ranked 3rd in defensive rating and 1st in fewest points allowed per game, but so far this season, they rank 23rd in defensive rating and 16th in fewest points allowed per game.

Finding ways to get back to who they were a season ago is going to be essential for this team to possibly make it back to the playoffs, but the Knicks still have some problems to fix on offense. Julius Randle has not looked as consistent as he did in his All-Star season last year and they really do not have another “go-to” scorer on their roster.

Some nights Derrick Rose steps up, other nights it is Alec Burks or R.J. Barrett or someone else. Both offseason additions in Evan Fournier and Kemba Walker have been very inconsistent, so what is the answer for this team?

Adding another All-Star is never an easy thing to do, but the Knicks could have an avenue to acquiring one ahead of the trade deadline this season.

Shams Charania reported earlier this month that the Pacers are heading towards a rebuild and they will not only be receptive to trade offers pertaining to Myles Turner and Caris LeVert but All-Star Domantas Sabonis as well.

Since being drafted 11th overall in 2016, Sabonis has turned himself into one of the best low-post scorers in the entire NBA and has made the All-Star game in back-to-back seasons. Whether or not the Pacers actually decide to trade him is the ultimate question, but Domantas Sabonis could be exactly who the Knicks need to add in the frontcourt with Julius Randle.

Could the New York Knicks pull off a blockbuster trade in the Eastern Conference to land Sabonis from the Indiana Pacers? Let’s take a look at what this trade offer could shape up to look like.