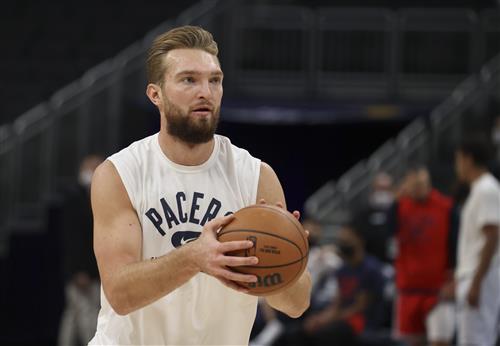 Without Kyrie Irving, the Brooklyn Nets are currently 20-8 and one of the best teams in the entire NBA. Obviously having Irving on the floor would make the Nets even better than they are right now, but Kevin Durant and James Harden are making it very clear that this team does not need Kyrie Irving to compete for a championship.

Kevin Durant is currently leading the league in scoring (29.6 PPG), James Harden is second in the league in assists per game (9.6 APG) and the Nets as a whole rank 8th in the league in offensive rating. The one thing that makes them a better team this year though compared to last season is the fact that they are locked-in defensively.

Which 2022 NBA Free Agents Are Helping and Hurting Themselves So Far?

Winners of 10 of their last 13 games, the Nets are rolling right now, but they could look to make some upgrades to their roster ahead of the trade deadline. Kyrie Irving trade rumors continue to be ongoing amidst him sitting out games due to being unvaccinated and now Joe Harris’ name is popping up in trade rumors.

Joe Harris is one of the best three-point shooters in the league, but he has been out since November 14 with an ankle injury. With Brooklyn finding success without both Irving and Harris, could they look to move one of these guys ahead of the trade deadline in search of a third star?

Their options are limited, especially because of their cap situation, but with him making just $18.5M this season, Domantas Sabonis could actually be an All-Star the Brooklyn Nets can acquire.

The Indiana Pacers are 12-18 and it seems like they are a sinking ship at this point. The iceberg has been sitting in front of them for quite some time now, but instead of going around it, Indiana has crashed straight into it.

This organization is on the verge of a complete rebuild and it may not take many more losses for team president Kevin Pritchard to “pull-the-trigger” and flip his roster around. Myles Turner and Caris LeVert could also be on the move, but Sabonis is the guy with the most value right now.

A trade involving the Nets getting Domantas Sabonis would surely shake things up in the NBA, but is this a realistic possibility we could see? Let’s take a look at a trade scenario proposed by Bleacher Report’s Zach Buckley and see if Sabonis could make his way to Brooklyn.

It is very hard to believe that the Indiana Pacers would be interested in a 3-for-1 swap like this, especially if there are no draft picks involved. Domantas Sabonis is the Pacers’ best player and if they are going to trade him, they are going to need to receive a ton of future value.

Joe Harris is a player they value and were interested in prior to this season beginning, but he is 30-years-old with a limited upside other than being an elite shooter. Nic Claxton and Cam Thomas are both young talents with potential to grow, especially Thomas, but are two unproven talents and a sharpshooter enough for an All-Star in this league?