Aaron Donald is really, really good, but you already knew that. What you may not realize, though, is just how much better he’s been than every other defensive tackle as a pass rusher this season.

And that’s all while being double-teamed as much as any interior defender in the NFL.

Seth Walder of ESPN shared a chart showing the pass-rush win rate and double-team rate of defensive tackles across the league, and Donald is in a world of his own in the upper-right corner.

He has by far the best pass-rush win rate and is being doubled about 70% of the time, making his performance this season all the more impressive. Walder notes that the gap between Donald and the next-best player in pass-rush win rate is larger than it was last season when he won Defensive Player of the Year.

Aaron Donald not only ranks No. 1 in PRWR at defensive tackle, but the gaps between him and No. 2 and him and average are larger than they were last season, when he won DPOY.

After registering a season-high 14 pressures on Monday night against the Cardinals, Donald now has 68 this season, according to Pro Football Focus. That puts him second in the NFL among all players, only trailing Maxx Crosby’s 78 pressures.

Donald also has 10 sacks, which ranks 10th in the league and first among all defensive tackles. His 12 tackles for a loss are tied for ninth and his 61 tackles are just eight off his career-best.

He may not wind up winning Defensive Player of the Year again this season, but he’s certainly putting together a campaign deserving of consideration.

4 Rams players to watch vs. Seahawks on Sunday 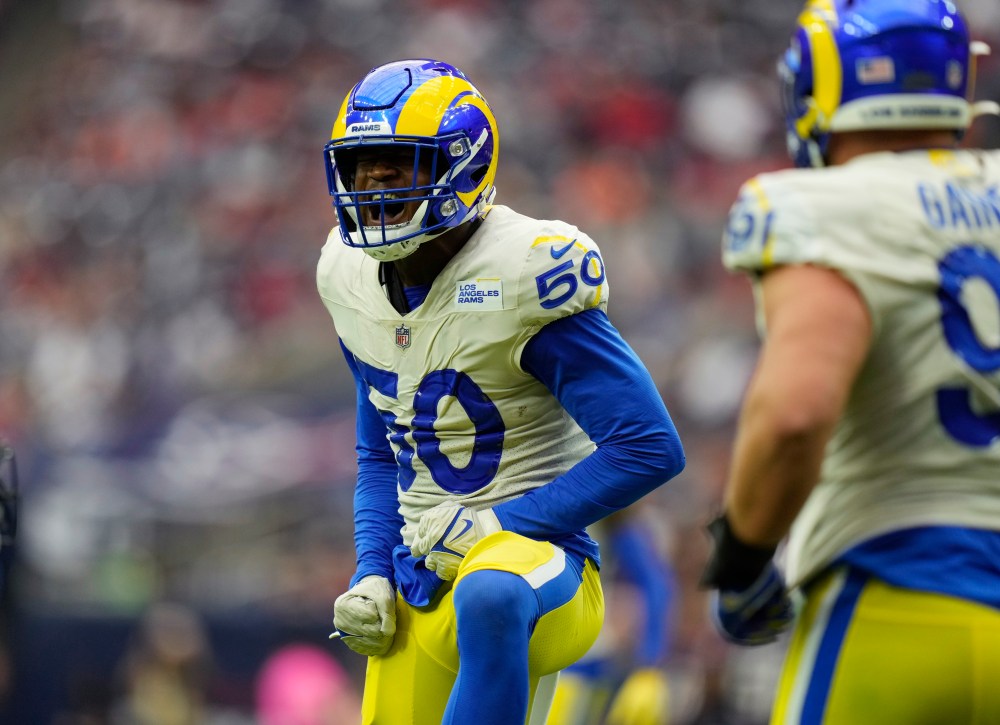