The Los Angeles Rams came away with a much-needed win over the Arizona Cardinals on Monday Night Football in Week 14, inching them closer in the divisional race. Matthew Stafford was nearly flawless under center and the defense created multiple turnovers against Kyler Murray and Arizona’s offense.

Among the groups of players that deserve credit for Monday’s impressive win, the Rams’ run defense was crucial in pulling off the upset over their NFC West rivals despite being shorthanded due to injuries and COVID-19 issues.

The Cardinals own the No. 12-ranked rushing attack in the NFL, averaging a solid 122.5 rushing yards per game. Despite James Conner scoring two touchdowns on the ground — and being nearly unstoppable as a receiver — the Rams limited Conner to a mere 31 yards on 13 attempts, his lowest output as a starter for the Cardinals.

Besides logging a season-high three sacks, Aaron Donald was living in the backfield and allowing other guys to win their matchups in run situations. Greg Gaines had another stellar outing for the Rams, recording five tackles, one sack, and a couple of critical tackles on a scrambling Murray.

We’ve seen multiple teams have no issue gashing Los Angeles on the ground this season. But with the playoffs steadily approaching, the Rams showed signs of major improvement in their run defense during Monday night’s showdown with the Cardinals.

Given the Rams’ remaining schedule that features the Seahawks, Vikings, Ravens and 49ers, they will need their run defense to remain strong if they want to position themselves better in the NFC playoff picture. 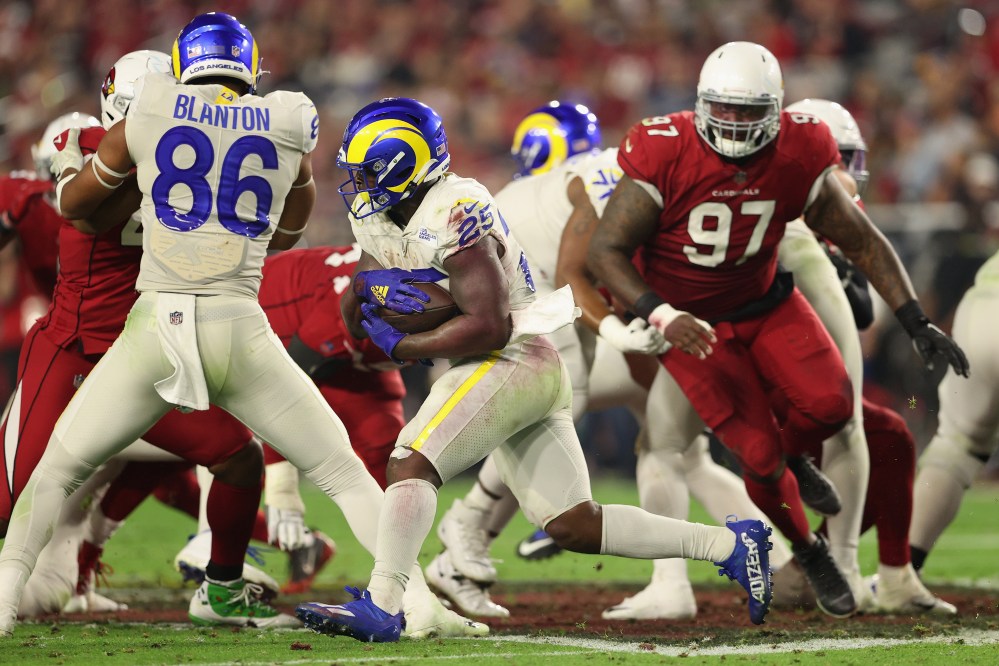