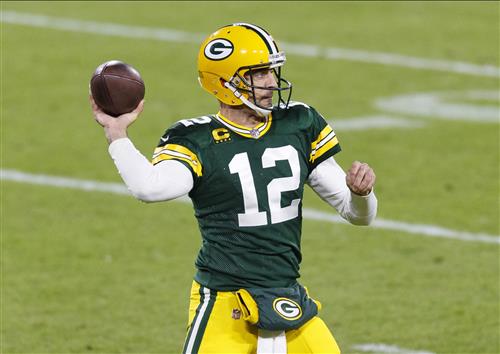 Green Bay Packers star Aaron Rodgers sparked trade speculation after the team’s NFC Championship Game loss by pondering his uncertain future with the team. Amid growing rumors about his feelings toward the organization and a potential desire to play elsewhere, some in Green Bay might share the sentiment.

Packers general manager Brian Gutekunst shocked the NFL world by trading up for quarterback Jordan Love in the 2020 NFL Draft. Coming off an NFC championship defeat to the San Francisco 49ers, Green Bay seemingly dedicated its offseason to preparation for a future without Rodgers.

The future Hall of Famer responded with the best season in his career, likely resulting in NFL MVP honors. But after falling short of the Super Bowl once again, with glaring holes that weren’t addressed in the draft hurting the Packers, Green Bay’s situation seems tenuous.

Since Aaron Rodgers expressed some uncertainty about his future with the Packers, many around the organization made it clear they want him back. Following Sunday’s loss, head coach Matt LaFleur made it emphatically clear that he wants Rodgers back and the team needs its leader for next season.

That feeling is shared by the locker room and likely reflects how the entire coaching staff feels about its quarterback. However, ESPN’s Adam Schefter cast some doubt during an appearance on Get Up about how the front office might feel regarding Rodgers’ future.