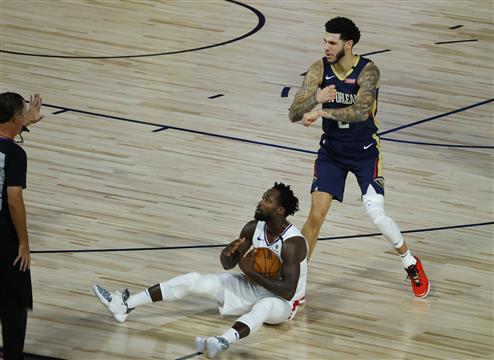 The Los Angeles Clippers are a contender that didn’t make any acquisitions in the offseason aside from the acquisition of Serge Ibaka. While Serge Ibaka gives them an elite starter at center, the roster is mostly the same roster from last season, with a notable departure in Montrezl Harrell. The Los Angeles Clippers are currently 3rd in the Western Conference, but it is clear that their roster is missing a few pieces to compete with a team like the Los Angeles Lakers in the playoffs. To improve, they could pursue a trade.

Lonzo Ball could be a solid target for the Los Angeles Clippers. Lonzo Ball is a versatile point guard who can facilitate well for his teammates and could be a solid fit on a team with dominant scorers. Lonzo Ball has shown signs of being able to run an offense when he gets to handle the ball, and those flashes could be enough to intrigue the Clippers. A package would have to be focused on Patrick Beverley due to salary reasons.