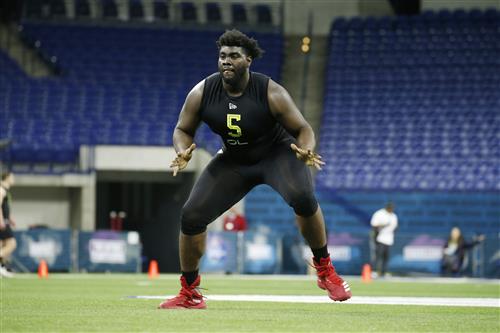 Louisville offensive lineman Mekhi Becton has long been a top prospect at his position in the 2020 NFL Draft. However, Becton’s draft stock may have taken a bit of a hit after the NFL Combine in Indianapolis.

According to a report from the NFL Network’s Ian Rapoport, Becton was among the players who had their drug tests “flagged” at the combine. NFL teams were alerted to that result as well, and Becton now enters Stage 1 of the league’s program for drug use.