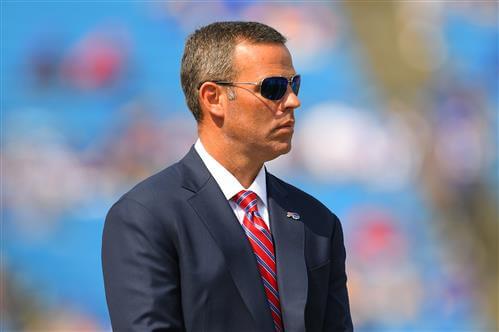 Before Antonio Brown was traded from the Pittsburgh Steelers to the Las Vegas Raiders last offseason, there was actually a trade in place for him to go to the Buffalo Bills. Just a year after the trade fell through, Buffalo’s general manager, Brandon Beane, discussed the failed trade involving Brown (from the Pardon My Take podcast).

“You know what? Here’s one of the lines we have: Sometimes the best moves are the ones you don’t make … And that happens. And that’s so true. Sometimes you’ve had a guy and you almost got him and at the last minute you didn’t and then something happened.