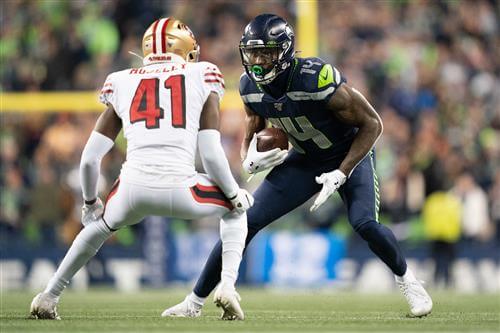 Seattle Seahawks wide receiver D.K. Metcalf is already on the radar of savvy fantasy football players after a solid rookie season. But it sounds as though the Seahawks are going to expand his role in 2020, which could lead to a major breakout in his sophomore campaign.

"I just think the flexibility of moving him around and introducing some different route concepts that we can kind of get him up to speed on will complement the things that he's already put on film. It will be an incredible, incredible advantage for us as we head into next season."

Metcalf, 22, had an excellent debut season, catching 58 passes on 100 targets for 900 yards and seven scores. He saved his best performance for the team's 17-9 win over the Philadelphia Eagles in the Wild Card Game, hauling in career highs in receptions (seven) and receiving yards (160) while also adding a touchdown.

It was a reminder of the upside he possesses.