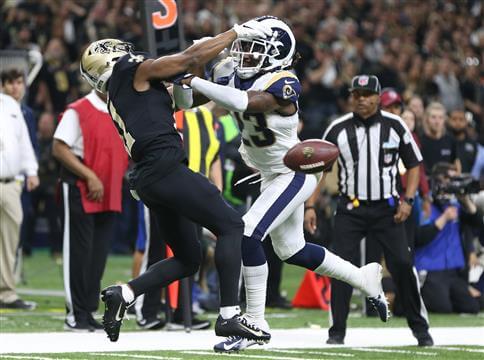 The NFL is officially making a big rule change ahead of the 2020 season. Pass interference will no longer be a reviewable foul whenever the league next plays games, a source told Mark Maske of the Washington Post (Twitter link).

Maske reports that owners won’t even take a vote on the issue and the pass interference replay review rule will simply be allowed to expire. In a separate tweet, Maske notes that teams “overwhelmingly indicated” they didn’t want the rule renewed for another season. In a huge move last offseason, the league made pass interference penalties reviewable by coach’s challenges and by the booth.