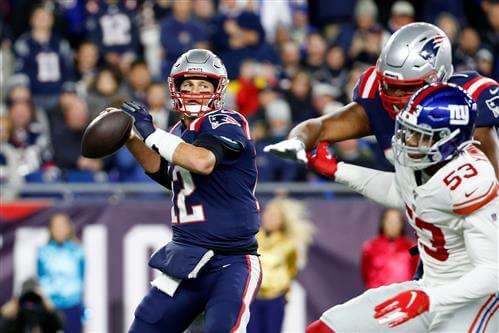 Tom Brady topped Peyton Manning again. But he has some work to do if he's going to surpass Drew Brees.

With a 19-yard completion to Sony Michel in the first quarter of Thursday's game against the New York Giants, Brady became the NFL's second all-time leading passer. The New England Patriots quarterback entered Week 6 with 71,923 yards, just 17 behind Manning, but 2,922 behind Brees.