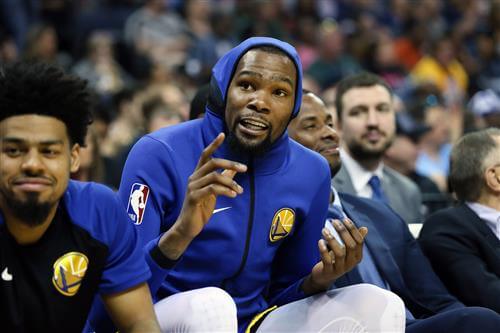 “The feeling within the league” is that Kevin Durant‘s ruptured Achilles tendon may not keep him out for the entire season, writes Brian Lewis of The New York Post.

The Nets are still being cautious about the injury to their newly signed star, but optimism is growing that he won’t need all of 2019/20 to recover. Durant got hurt on June 10 during Game 5 of the NBA Finals. Lewis notes that Kobe Bryant and NFL wide receiver Emmanuel Sanders were able to return from similar injuries in eight months — a time frame that could put Durant back on the court by February.