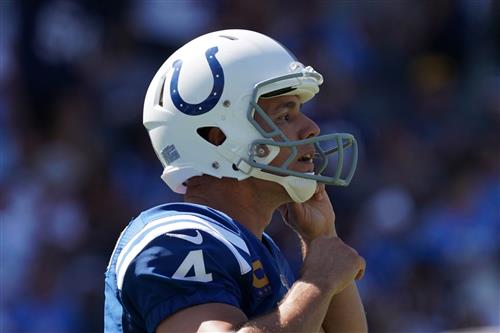 After another brutal kicking day, Indianapolis Colts kicker Adam Vinatieri strongly hinted that he may have played his final game.

The 46-year-old kicker continued his bad start to the 2019 season by missing two more extra points in the Colts’ 19-17 win over Tennessee. After the game, Vinatieri told a reporter that he’d “hear from me tomorrow” despite the fact that he would not typically be available to the media.