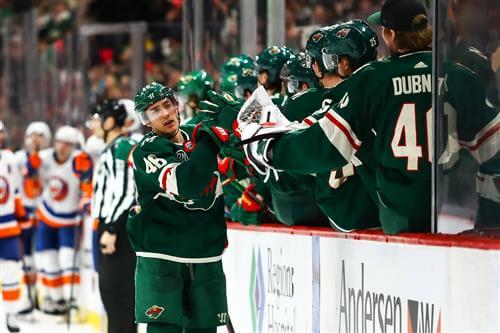 Wild defenseman Jared Spurgeon hadn’t hidden his desire to sign a long-term extension with the team but talks didn’t appear to be progressing under former GM Paul Fenton.  With new GM Bill Guerin in the fold, the two sides were able to agree to a deal as the team announced that they have signed Spurgeon to a seven-year, $53.025MM contract extension that will kick in for the 2020-21 season.  The $7.575MM AAV checks in slightly above that of veterans Ryan Suter and Zach Parise, making him the highest-paid player on the team when the contract kicks in.

The 29-year-old is coming off of a career season in 2018-19.  He set new marks in goals (14), assists (29), and points (43) while logging more than 24 minutes a night for the third straight season.  That workload was the second-highest on the team behind Suter while his total ice time played ranked eighth overall in the league.