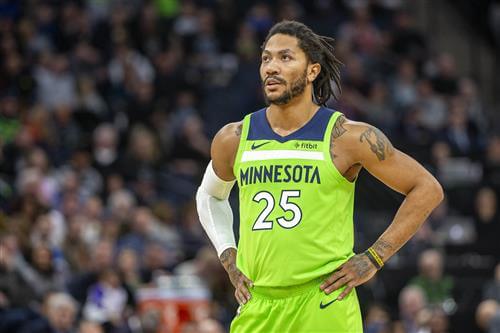 The bulk of free agency has passed with just one big shoe left to drop: Kawhi Leonard. Nobody knows when he'll make his decision, but in the meantime, names big, small and in between are flying off the board. So far, here's a look at 10 reported deals that look like high-value signings.

When the Warriors turned the loss of Kevin Durant into a sign-and-trade for D'Angelo Russell, and reportedly agreed to give him a four-year, $117 million max contract, it hard capped their 2019-20 payroll at $139 million, meaning they can't exceed that number next season under any circumstances — even to re-sign their own players. In Stephen Curry, Klay Thompson, Draymond Green and Russell alone, Golden State has almost $120 million invested in just four players, leaving them with less than $25 million to fill out the rest of the team.

Everyone assumed Kevon Looney was a goner. Instead, the Warriors get him on a three-year, $15 million deal, which is somewhere between high value and downright unbelievable. People who only pay attention to the glamour of the Warriors have no idea how important Looney has become. He gets them extra possessions on the offensive glass. He defends. He rebounds. It is not an exaggeration to say he is perhaps the difference in them remaining a title contender, and they got him for $5 million a season? It is shocking nobody offered him more than that, or if they did, that he didn't take it. Either way, the Warriors win huge with this one.

The Pelicans are not rebuilding after the loss of Anthony Davis. They're not reloading either, because they weren't loaded to begin with, even with Davis. What they're doing — which is to say what David Griffin and newly hired GM Trajon Langdon are doing — is teaching a master class in how to not just recover from the loss of a superstar, but actually somehow come out better in the short term.

We know the Pelicans are stacked for the future with all the picks the Lakers gave them, but look at this roster right now. Lonzo Ball, Jrue Holiday, Zion Williamson, Brandon Ingram, Derrick Favors, Josh Hart, E'Twaun Moore, a quietly useful Jahlil Okafor, rookies Jaxson Hayes and Nickeil Alexander-Walker, and now you add Redick's shooting and leadership to the mix? This is a potential playoff team on paper, even in the Western Conference.

Redick is going to thrive in Alvin Gentry's up-tempo offense with transition 3s, and New Orleans suddenly has a plethora of wing options to mix and match lineups. Shooting could've been an issue for this team, but Redick goes a long way in covering that up. Last year Redick got $23 million from Phllly for one season. The Pels get him for two years for $26.5 million.

Forget what Rose used to be or what he was when he looked like he was barely hanging onto a job in the league. What he is right now is a guy who just averaged 18 points and four assists on 48 percent shooting, including 37 percent from 3. He is a reliable jump shooter, as crazy as that sounds, and a lot of his burst is back. He's smart. He's experienced. And the Pistons got him on a two-year, $15 million deal. That's eighth-man money. If Rose does what he did last year, a top-six seed is in striking distance in a deeper-than-you think Eastern Conference for Detroit.

Hood took his game to another level in the playoffs last year, at times carrying the Blazers' offense for stretches and making huge shots. As a result you would've thought he'd be in fairly high demand this summer. Maybe he was and decided he wanted to remain with the Blazers, who either way got Hood in a two-year, $16 million deal. Hood will likely be Portland's starting small forward at an average annual salary of $8 million. He could easily average 15 points a game starting in that system. That's worth more than Portland is paying him.

Utah is out here doing work. First they trade for Mike Conley. Then they sign Bojan Bogdanovic. Then, in the shadow of those deals, they quietly add Davis on a two-year, $10 million deal that is terrific value for a guy who complements this Jazz roster perfectly. For starters, he had the second-best defensive plus-minus in the league last year. The only player with a better mark than him was Rudy Gobert, his new twin-town teammate.