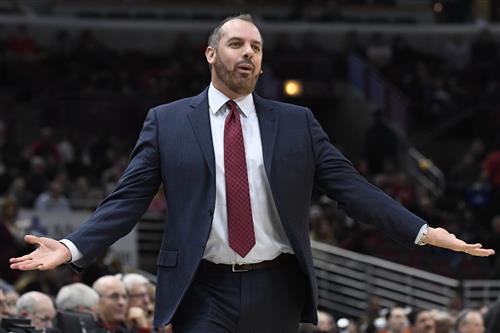 The Los Angeles Lakers' head-coaching search has come to an end, as they are hiring former Indiana Pacers and Orlando Magic coach Frank Vogel to try to right the ship.

According to ESPN.com's Adrian Wojnarowski, Vogel agreed to a deal with the team on Saturday.

The Los Angeles Times' Tania Ganguli reported that Jason Kidd, who interviewed for the post in April, will join the Lakers as an assistant. Wojnarowski added Kidd will receive a "prominent assistant coaching role" on the staff.

After serving as an assistant coach in the Association for nearly a decade, Vogel received his first head-coaching gig in 2010 in Indiana. He would go on to play a key role in turning the Pacers into one of the top teams in the Eastern Conference during the first half of this decade.