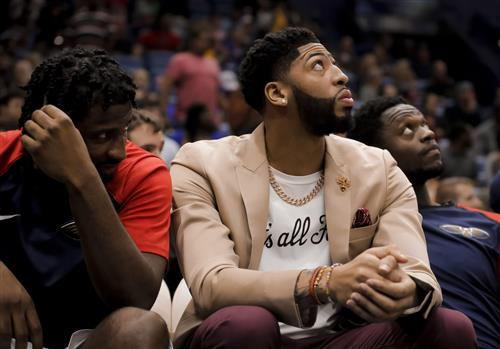 The biggest questions facing the Los Angeles Lakers are whether head coach Luke Walton will keep his job and if the team will land Anthony Davis.

On Tuesday morning, Bill Oram published a brilliant feature with help from several of his colleagues that included several insightful nuggets about the disastrous season for Los Angeles. The report weaved together several threads about Walton, Davis and the rest of the organization.

While much of the piece looks at the past, one of the most newsworthy gems is that the Lakers believe Davis wouldn’t desire a coaching change if he were traded to the team (via The Athletic):

“Sources around the team said it was apparent that the young players no longer trusted [LeBron] James, believing he was operating behind the scenes to get them traded to New Orleans. At one point, some in Walton’s circles feared [Rich] Paul was trying to use the Davis situation to leverage a coaching change, with the premise being that his arrival would require a higher-caliber coach. But the Lakers received backchannel information that Davis liked Walton and that relieved pressure on the third-year head coach.”

The organization has shifted away from rebuilding around young players like Brandon Ingram, Lonzo Ball and Kyle Kuzma in favor of winning now and trying to appease superstar LeBron James.