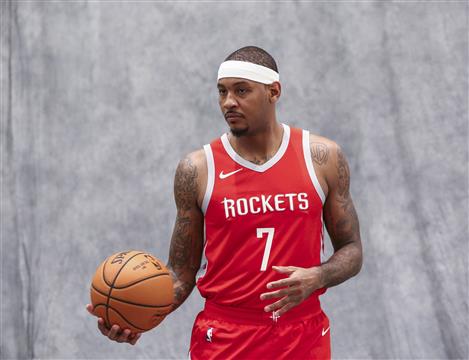 The Carmelo Anthony saga in Houston has finally come to an end. ESPN’s Adrian Wojnarowski has reported the Rockets have agreed to trade Anthony and cash to the Chicago Bulls, ending a season that began with high expectations, only for Melo to be cast away from the team in the middle of the season.

Anthony will not play a game for the Bulls, according to Wojnarowski. If they can’t find a trade for him before Feb. 7, they will waive him, allowing Melo to become an unrestricted free agent and sign with any team who wants him.

The Bulls absorbed Anthony’s minimum salary into the trade exception they received when dealing Justin Holiday to the Memphis Grizzlies. The deal saves Houston $2.6 million in luxury tax payments, according to ESPN’s Bobby Marks. Those luxury tax payments are a big deal for Houston, as Rockets owner Tilman Fertitta told SB Nation’s Steven Godfrey in a feature story last summer.