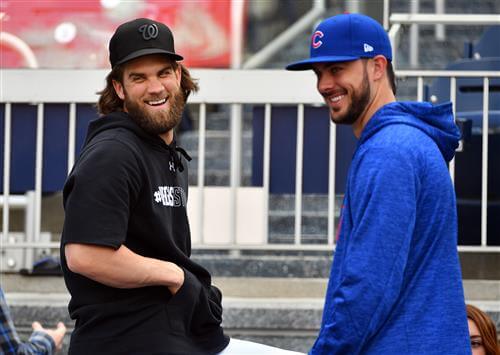 Cubs third baseman Kris Bryant believes star outfielder, coveted free agent and fellow Las Vegas native Bryce Harper will not sign with Chicago, he told reporters at Cubs Convention in Chicago. However, Bryant says that he has not asked Harper directly about his free agency decision.

"I'm happy for him though," Bryant added. "He seems to be enjoying it. It's nice to have all that attention on you for him. But like I said, I haven't asked him about it one time."

Bryant grew up with the former Washington Nationals outfielder in Las Vegas. He added that the Cubs have a "killer team" even without any major additions to the roster.

Chicago manager Joe Maddon told reporters earlier this offseason that it was unlikely Harper, 26, would join their team.