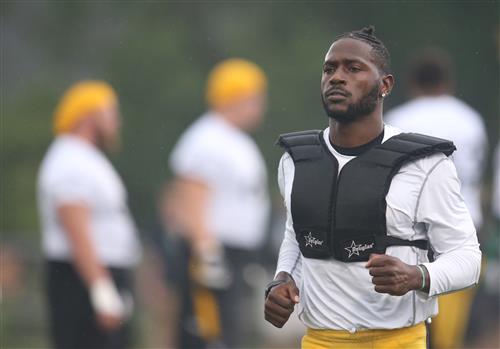 Rival general managers expect not to have to pay a first-round pick for Antonio Brown, according to NFL Network’s Ian Rapoport. Brown’s market price is looking like two second-round picks or a second and a third.

While it is not completely apples-to-apples, Amari Cooper, who is excellent but not on Brown’s level, went for a first-round pick. I previously said that the only four teams that should look to bring in Brown, a generational receiver, were the Jets, Packers, Colts, and 49ers. But teams like the Lions, Raiders and the Broncos also make sense if this price tag proves correct. Rapoport has said to keep an eye on Denver as they could be plotting a run at the former Chippewa.

The other side of this story, and perhaps equally as impactful, is how bad this has turned out for the Steelers.