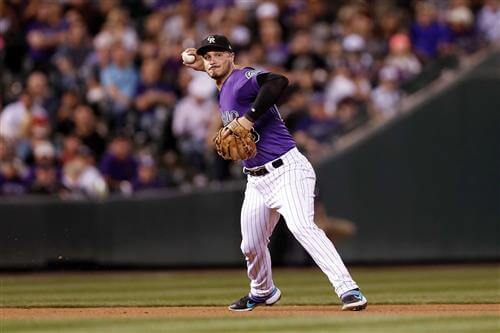 No matter the outcome, Nolan Arenado is headed for the record books.

Arenado and the Colorado Rockies failed to reach an agreement before Friday afternoon's arbitration deadline after the All-Star third baseman filed for what would be a record $30-million salary, according to Ken Rosenthal of The Athletic.

Colorado has reportedly countered at $24 million, which would also be an MLB record. Former AL MVP Josh Donaldson currently holds the salary arbitration record after signing a $23-million deal with the Toronto Blue Jays last year.

If Arenado goes to a hearing and beats the Rockies, he'll receive a $12.25 million raise from his salary in 2018. That would shatter the record for the largest raise for an arbitration player set by Jacob deGrom earlier Friday.