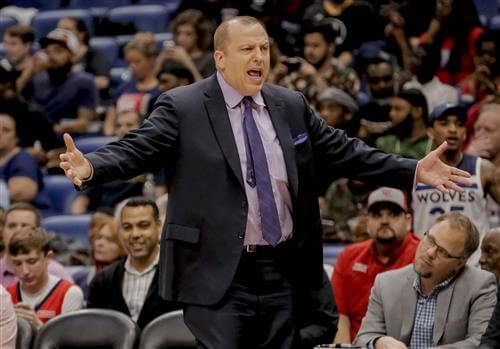 Tom Thibodeau has been on the hot seat since before training camp as the Timberwolves team president and coach pushed the boundaries by keeping Jimmy Butler around after he made his trade request incredibly clear.

Still, Thibodeau managed to make it through the Butler trade saga and, briefly, the Wolves looked to be on track after the deal, excelling defensively with Robert Covington inserted into the lineup. However, Minnesota has cooled off significantly of late and despite a 108-86 win over the Lakers on Sunday, the Wolves have decided to move on.

The news of Thibodeau’s firing was first reported by Shams Charania and confirmed shortly after by Adrian Wojnarowski.