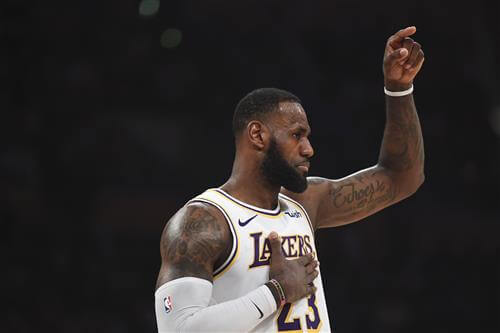 Injured Lakers star LeBron James will be re-evaluated in one week, the team announced today in a press release. That means that James, who continues to battle a strained left groin, will miss at least Los Angeles’ next four games.

James suffered his groin injury on Christmas Day, with his team rallying in his absence to complete a blowout win over Golden State. However, the Lakers are just 1-3 since then, splitting a pair of games against the Kings and dropping home contests to the Clippers and Thunder.