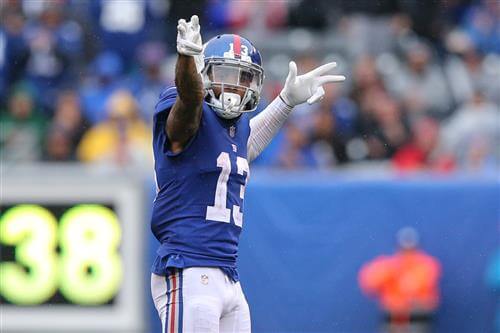 At a time when 49ers tight end George Kittle is openly flirting with Steelers receiver Antonio Brown, there’s another receiver who could be a more likely trade target for San Francisco.

If the Giants decide to move on from receiver Odell Beckham Jr., the 49ers could pursue him.

The 49ers considered it during that window last year when Beckham seemed to be available, and there’s already buzz this year that, if he’s available, the 49ers would be interested.

As recently explained, Beckham’s contract is very tradeable, with five years and $74 million remaining on the long-term deal signed last August. The Giants would have to absorb a $16 million cap charge (a post-June 1 trade would result in $4 million this year and $12 million in 2020), and they’d have to accept the fact that they will have paid him more than $21 million for 12 games in 2018.

But if the Giants decide it’s time to move on, it makes sense to write it off and avoid paying another $17 million in 2019. Especially if they can maximize their recovery on the trade market.