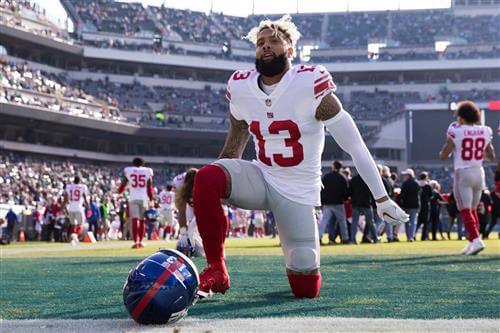 Odell Beckham Jr. put pen to paper on a contract extension with the Giants this offseason that would keep him on the books until 2023 but it seems as if the star wide receiver may be out of New York far sooner than one would have expected.

According to reports, the contract was structured in manner in which the Giants would be able to explore the trade market for the 26-year-old this offseason and it seems as if that option might become a real possibility.