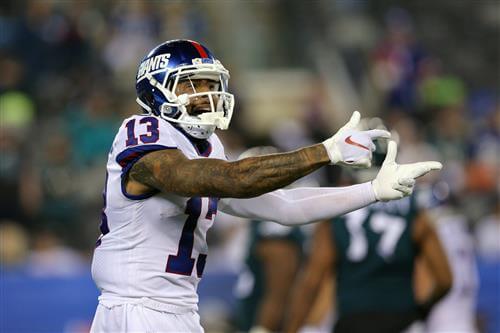 Pat Leonard of the New York Daily News raises the question of whether it’s time for the Giants to move on, even though only four months ago they signed him to a long-term deal.

Ordinarily an inconceivable proposition for a guy who had just signed a multi-year, big-money contract, the fumes of that goofy ESPN interview from early October linger. In a bizarre sit-down with a bemused Lil’ Wayne at Beckham’s side, Beckham took a shot at quarterback Eli Manning and answered the anything-but-yes-means-no question of whether Beckham is happy in New York by saying, “That’s a tough question.”

And so it now could be time for the Giants to face some hard truths. Beckham already may be more trouble than he’s worth, and if another team thinks they can get more worth than trouble out of Beckham, then maybe a trade will happen.