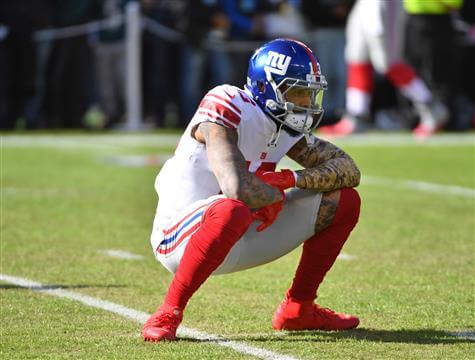 The New York Giants shut star wide receiver Odell Beckham Jr. down for the final game of the 2018 season, marking the fourth straight game he’ll have missed to close out the campaign.

That Beckham Jr. was ruled out for Week 17 really wasn’t surprising given how the team seemed to be shutting him down already the previous few weeks due to his bruised quad. Despite that, it was certainly disappointing for fans that OBJ wasn’t able to finish the season strong.

Beckham himself was also “disappointed” about how the season went, per Jordan Raanan of ESPN. He made a vow to come back better than ever and with a chip on his shoulder in 2019.