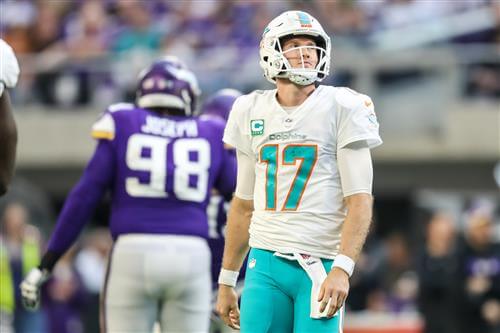 Ryan Tannehill may be making his final start for the Miami Dolphins on Sunday.

The Miami Herald reports that the Dolphins are prepared to move on from Tannehill, who was the team’s first-round pick in 2012. Tannehill is owed $19 million the next two seasons, but the Dolphins could cut him without having to pay him anything.