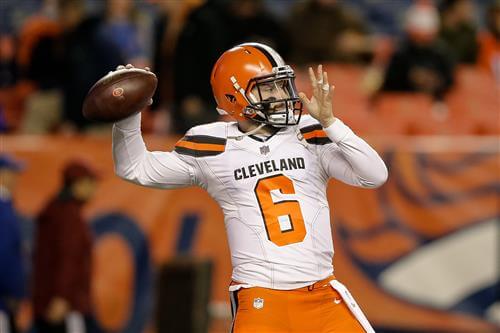 Baker Mayfield has a strong message for anyone who didn’t like him staring down Hue Jackson during Sunday’s 26-18 victory over the Bengals.

Mayfield took heat from Fox Sports’ Colin Cowherd’s and other for the stare down, in which he glared at Jackson while jogging sideways downfield past him for about 25 yards during David Njoku’s game-clinching 66-yard catch-and-run. He also backpedaled to keep staring daggers at Jackson after he passed him, and then turned back around for another icy look after going forward.

In fact, Cowherd went on a three-minute anti-Mayfield rant on The Herd on Fox Sports 1 on Christmas Eve day, and Mayfield responded by wishing him a Merry Christmas even though he’s a grinch.