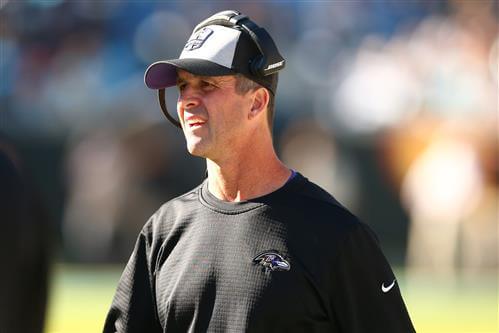 It fell Friday night, with a 31-word statement that confirmed John Harbaugh would coach the team in 2019—the last year of his existing contract—but nothing else. else.

A few things I know about the state of coaching changes:

• There’s a real chance that Harbaugh, 56, will not sign an extension, but rather coach his final season and take his chance on the market in 2020—or sign back with the Ravens. It could be a lot like the Joe Flacco situation in 2012, when he wouldn’t sign long-term with Baltimore and gambled that he’d win big in the last year of his contract. He did. The Ravens won the Super Bowl, and Flacco earned a $20-million-a-year contract. Why should Harbaugh sign now? Since that Super Bowl win, the Ravens are 50-47, with only one playoff win. He’s won a Super Bowl, but since then, the Ravens haven’t won anything. I believe he wants to stay in Baltimore but wouldn’t be heartbroken if he had to move on. He’s probably worth more elsewhere, so I think it’s legitimately possible he coaches out his contract in Baltimore in 2019. And I don’t think it would bother him very much to do so.

• Eight NFL coaches (Bill Belichick, Jon Gruden, Pete Carroll, Sean Payton, Andy Reid, Mike McCarthy, Mike Tomlin and John Harbaugh) are reportedly in the $8-million-and-higher bracket in 2019. (McCarthy will either make that money by sitting out in 2019 or coaching somewhere else.) Because so many teams pay coaches so much money, I won’t be surprised to see someone throw ridiculous money ($12 million a year? $15 million a year?) at Nick Saban, who will likely say no. Michigan’s Jim Harbaugh and Oklahoma’s Lincoln Riley will get phone calls, and we’ll see what happens.