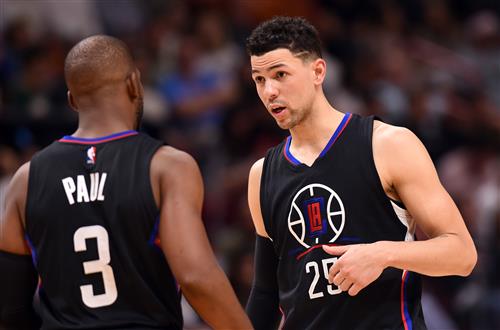 In the aftermath of the failed Carmelo Anthony experiment, the Rockets are signing point guard Austin Rivers for the rest of the season, ESPN reported Sunday. He will help fill in for Paul, who will miss at least two weeks with a left-hamstring strain, and will return to a different Rockets dynamic.

Paul and Rivers had a rough falling-out with the Clippers, Paul reportedly finding Rivers a bit of nepotism beneficiary; his father, Doc Rivers, was running the show in Los Angeles. And what pushed Paul over the edge after the 2017 season — and away from the Clippers, as he requested a trade — was Doc Rivers’ unwillingness to include his son in a trade for Anthony, then dangling in his final days as a Knick.