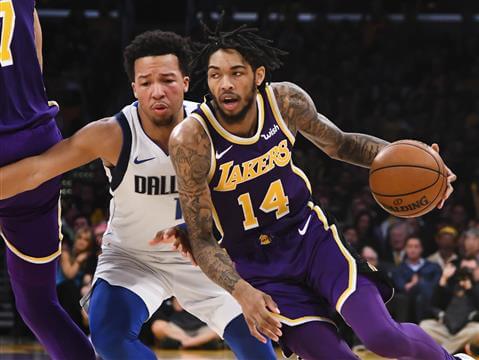 According to Eric Pincus of Bleacher Report, the Lakers plan to include Brandon Ingram in a package deal for either Anthony Davis, CJ McCollum or Bradley Beal following the 2019 Free Agency period. Ingram has been viewed as the one piece unlikely to be traded from the Lakers young core. “I would say probably the only player that we would say, hey, we would probably not move is Brandon Ingram,” Magic Johnson said in an interview with ESPN in the Spring of 2017.

Although Johnson has said time and time again that he is sticking with Brandon Ingram, there has been speculation that Ingram would in-fact be included in a deal if it meant the Lakers would receive a player such as Anthony Davis in return. Brandon Ingram is only 21 years old, making him an attractive trade piece for a team that seems to be going no-where such as the Pelicans or Wizards. It only makes sense that the Lakers would be willing to give up a few pieces from their young core, given the fact that their superstar, LeBron James, is in the midst of his 16th season in the NBA and the Lakers only have him for 4 years. The Lakers need “win-now” players and Anthony Davis would be a “win-now” player, unlike Brandon Ingram.