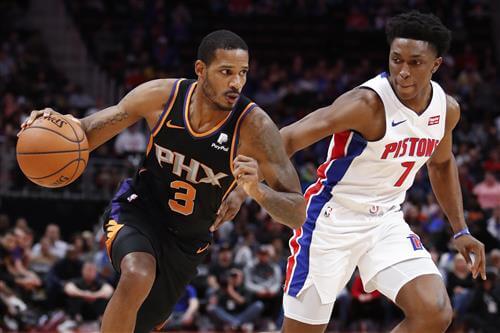 After a hectic Friday night in which a three-team deal was scrapped, the Suns have agreed to deal Trevor Ariza to the Wizards in exchange for Kelly Oubre and Austin Rivers, John Gambadoro of Arizona Sports 98.7 reports (Twitter link).

This version of an Ariza trade included three players in the final year of their respective deals.  For Ariza, the trade means the end of a brief 26-game stint in Phoenix as he signed a one-year, $15MM deal with the Suns during the 2018 offseason. Ariza averaged 9.9 PPG, 5.6 RPG, and a .379/.360/.837 shooting line for the Suns.

This marks a homecoming of sorts for Ariza as he spent two seasons with the Wizards, including perhaps his best season as a pro in 2013/14, when he averaged 14.4 PPG and 6.2 RPG with a .456/.407/.772 shooting line. Prior to this trade, we had relayed at least eight teams had expressed interest in Ariza, including the Lakers and Rockets — two teams he had previously suited up for.