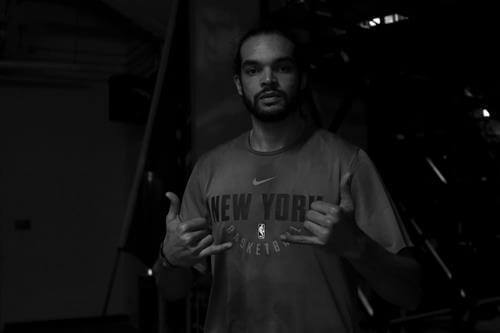 It would be kind to describe Joakim Noah’s time in New York as tumultuous.

Now newly with the Memphis Grizzlies, the big man has opened up about what he thinks went wrong with the Knicks, and at least some of it has to do with enjoying the New York City night light a bit too much.

“I can look back on it and say I thought I was ready for New York City, and I wasn’t,” Noah said in an interview on the “Chris Vernon Show.” “It’s something I have to live with.

“I remember after the first game, I probably had, like, 60 people at my house. I’m lit. I’m too lit to play in New York City. Memphis is perfect for me. Chicago … we were lit in Chicago, but I was young. You recover faster, you know?”

The former Defensive Player of the Year with the Bulls came to the Knicks in 2016 on what is widely considered the worst contract of the Phil Jackson era.

His tenure was marked by poor performance, injuries, a drug suspension and locker-room strife. After signing a four-year, $72 million deal, Noah appeared in just 53 games across two seasons before he was waived by the new front office in October.

The low point probably came in January this year, when Noah and then-Knicks head coach Jeff Hornacek got into a heated argument at practice, ostensibly over Noah’s lack of playing time. Following that, Noah was sent away from the team, never to return.