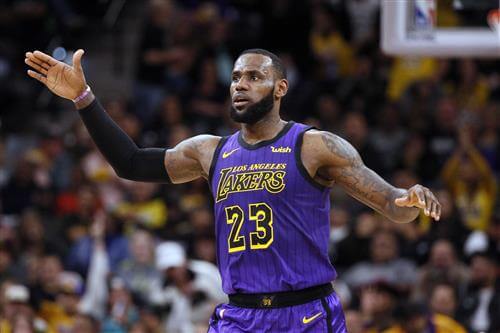 There was plenty of drama as LeBron James and Dwyane Wade faced each other for the final time last night, but James’ postgame comments led to speculation that his summer decision came down to the Lakers and Knicks.

As the longtime friends hugged after the game, Wade said “I appreciate you for letting it end here,” meaning at the Staples Center, and James responded, “It was either here or at (Madison Square) Garden, that’s it.”

Although many are taking that as an indication that James was considering signing with New York, multiple sources close to him tell Joe Vardon of The Athletic that isn’t true. The statement referred to the magnitude of their final game and how LeBron felt it deserved a special setting.