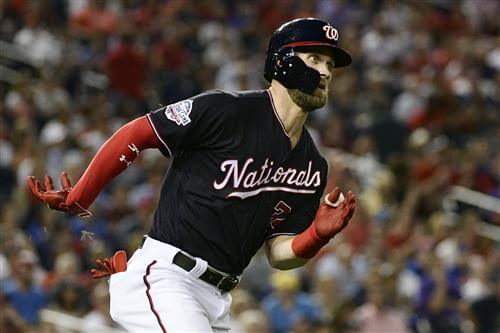 The Bryce Harper sweepstakes are in full force as the Winter Meetings began in Las Vegas this week, but don't expect the Yankees to be among the key bidders.

New York's outfield in 2018 was headlined by a quartet of Aaron Judge, Giancarlo Stanton, Aaron Hicks and Brett Gardner. Jacoby Ellsbury is still under contract despite missing all of 2018. With an already crowded outfield, Cashman is reportedly hesitant to bring Harper into the rotation.