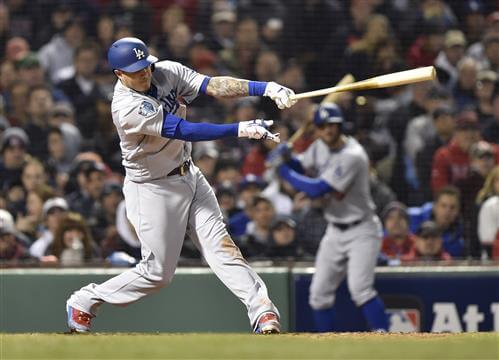 The hot stove rumors are heating up for one of the top free agents on the market with the MLB Winter Meetings underway in Las Vegas.

MLB insider Jon Heyman tweeted on Sunday night that the New York Yankees are set to meet with Manny Machado, but Heyman also said that they are reportedly not willing to pay $300 million for the free agent infielder.

The Yankees have shown interest in Machado since the summer as there were rumors about the team trading for him at this past season's trade deadline before he was eventually acquired by the Los Angeles Dodgers.