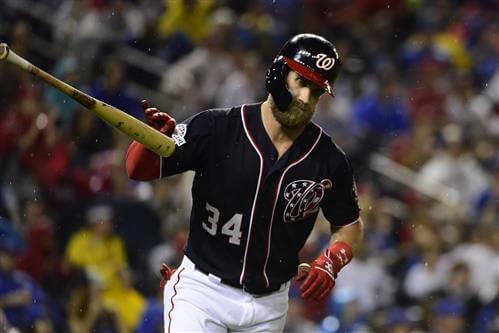 Today Patrick Corbin was officially introduced as the newest member of the Washington Nationals. The bigger news, I think, was what the Nats owner, Mark Lerner, said about a former National, Bryce Harper. Specifically, he seemed to pretty clearly be saying that the Nats are unwilling to bring him back, at least unless no one else is bidding for him.

From 106.7 The Fan FM in Washington, quoting Lerner, who was asked if they would go beyond the offer they reportedly made to him late in the season:

“Well, when we met with them and we gave them the offer, we told them, ‘This is the best we can do.’ . . . If he chooses to go some place else, I totally understand it, but we put one heck of an offer out there . . . If he comes back [to negotiate with Washington], it’s a strong possibility that we won’t be able to make it work.